A beginner’s guide to ethical and sustainable beauty

Our skin is our biggest organ, so you would think that sustainable beauty would be high on our agenda. Yet even those of us who are conscious about what we eat slather our skin with a whole bunch of harmful chemicals – which are then absorbed into our bloodstream – without even really giving it a second thought.

Here’s the four biggest things we should be aware of.

1. Ethical and sustainable beauty: “Organic” and “Natural” are pretty much meaningless

In the beauty industry any beauty product can claim to be organic or natural even if they are not, because the terms are unregulated.

Lots of brands include one or two organic or natural ingredients alongside a whole bunch of harmful chemicals and still put ‘organic’ or ‘natural’ on their packaging.

Regulation is coming, apparently. But there’s a lot of effort from the big brands (you know the ones) to set the bar for transparency and ethical and organic as low as possible. So, we need to watch this space.

2. Ethical and sustainable beauty: certifications to look out for

COSMOS (international) and Soil Association (British) are both robust stamps of approval you can trust. They not only require that every ingredient that can be found organically is done so, they also ban harmful ingredients, too.

PETA and Cruelty-Free (the leaping bunny) logos guarantee that no animals have been harmed in the making of a product.

Fair Wild and Fair For Life consider the human impact of ingredients and guarantee better prices for farmers across the world.

3. Ingredients that are harmful for YOU

The skin is our biggest organ. Yet even those of us who are conscious about what we eat slather our skin with a whole bunch of harmful chemicals – which are then absorbed into our bloodstream – without even really thinking about it.

Most of us are not scientists and it’s really difficult to read an ingredients list and to know what’s harmful for us and what’s not. We’d start with this list of “Terrible 10” from the Soil Association:

Most likely to be found in: Sunscreen and hair dye
Possible effects: May have a negative impact on the immune system, and has the potential to cause acute contact dermatitis and other allergies. There’s also reason to believe it may be toxic to the environment

Most likely to be found in: Sunscreen
Possible effects in wider use: It is shown to have harmful effects on hormones – and may stop male hormones from working. It’s known to be at risk of being contaminated with a chemical associated with harming foetal development. It has been found in human breast milk.

Most likely to be found in: deodorant, hand cream, shampoo, insect repellent
Possible effects: may release formaldehyde, which may cause cancer in humans and may also damage your DNA.

Most likely to be found in: Sunscreen and insect repellent
Possible effects: It’s a hormone disruptor in animals, so potentially has similar effects on humans. It also bioaccumulates within our bodies, which means we can’t get rid of it naturally. It could affect the neurological development of babies.

Most likely to be found in: Sunscreen Possible effects: This has been deemed so potentially harmful that it may be phased out in the coming years. It can cause strong allergies and dermatitis in children.

Most likely to be found in: moisturisers, shampoo and laxatives. Possible effects: PEGs are relatively safe – if there is guarantee of purity. But in wider use PEGs can contain contaminants like ethylene oxide, which is classed as a definite human carcinogen.

Most likely to be found in: shampoo and conditioner
Possible effects: If it is contaminated with acrylamide, this is a potentially cancer-causing chemical, and could be toxic to the environment.

Most likely to be found in: cleanser such as body wash and shampoo and flea treatments
Possible effects: can be contaminated with cancer-causing chemicals during the manufacturing process.

Most likely to be found in: blusher, lipsticks and bath oils
Possible effects: The full impacts of this potential toxin are unknown because there are data gaps that prevent scientists from performing an adequate risk assessment. However, the European Commission declared that Red 17 should be banned in cosmetics because of safety concerns. These include it is toxic to our organs in wider use and it may cause cancer in humans.

Most likely to be found in: anti-aging products, body lotions and sunscreens
Possible effects: The use of retinyl palmitate can lead to too much vitamin A in our bodies. The biggest risk related to this is to the unborn children of pregnant women, who could suffer foetal malformations.
If you want to learn more, follow this link.

4. Unethical and unsustainable beauty: ingredients that are harmful to humans and the planet

Of course, there’s also a whole bunch of ingredients that aren’t necessarily harmful to the people using them but they are sourced unethically because farmers or producers aren’t paid fairly and they are destructive to the environment.

Just two to watch out for are Mica and Palm Oil.

MICA
Mica is found in a lot of mineral-based makeup (more natural, huh?) and mascaras. It is dug from mines from India to Africa and is linked to child labour.

Palm Oil
Palm Oil is linked to huge deforestation and human and animal rights abuses because huge swathes of land are being cleared to make way for plantations. The RSPO (Roundtable on Sustainable Palm Oil) is the only certification out there which claims to source its Palm Oil responsibly, but it is widely regarded to not be anywhere near good enough. 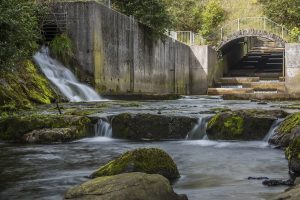