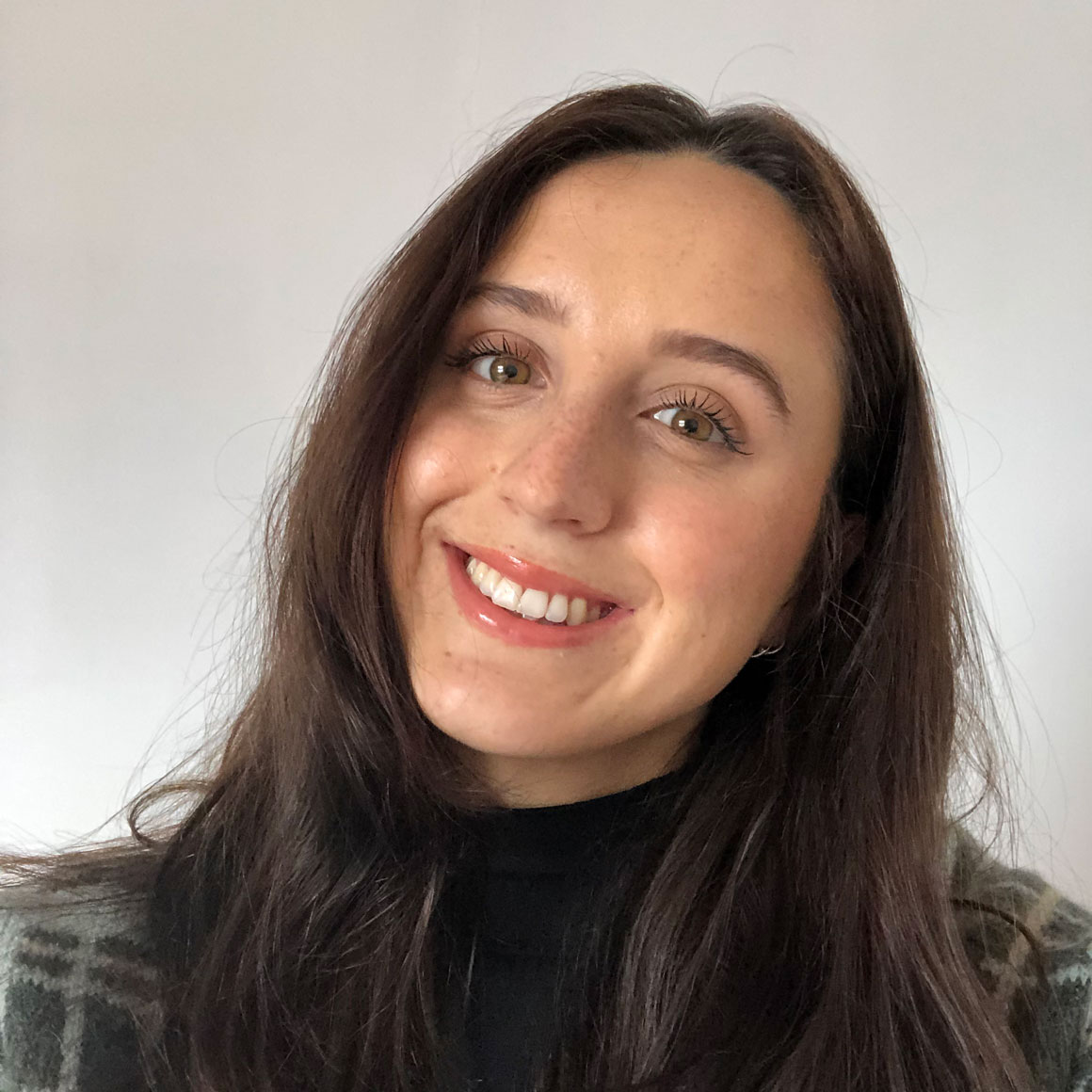 Flowers are meant to be natural, seasonal products. Yet, we are never more than a moment away from a supermarket, corner shop or petrol station selling plastic-wrapped bunches, all year long.

Whether given in celebration or in sympathy, a bunch of flowers has become the go-to gift to show we care.

Yet, veiled by fresh fragrances and brightly coloured petals is an industry being built on abuse of people and the planet.

As such, are flowers fast-becoming the ultimate symbol that, in fact, we really don’t care?

THE GLOBAL TRADE OF CUT FLOWERS

“The current unseasonal system requires flowers to be grown on such a vast scale that it’s almost impossible to grow them sustainably,” says UK-florist, Olivia Wilson, co-founder of of the SSAW Collective, a community of florists, growers and chefs committed to an ethical approach to working with seasonal produce.

“We live in a global commercial system that only benefits a tiny percentage of the world and has a hugely detrimental effect on other people. Flowers are a luxury and that luxury should not be costing other humans and the places where they live to the extent that they do. Things have got to change.”

“Being able to go to a petrol station and buy a bunch of flowers for a fiver has become so damaging to the florist industry as a whole. It completely dissociates us with where they come from, who farms them, how they get here, and the fact that flowers are living things.”

FLOWER FARMS AND THE SUPPLY CHAIN: THE HUMAN COST

To keep up with relentless year-round demand, around 86 per cent of the flowers sold in the UK are imported from overseas [2]. Shortcuts are often taken in the form of cheap labour and surprising amounts of harmful chemical fertilisers.

In the UK, 80% of cut flowers come via the Netherlands. A significant proportion originate from Kenya, especially when it comes to everyone’s favourite Valentine’s bouquet. Kenya is responsible for exporting one third of all roses sold in the EU [3].

This comes at a significant human cost. On booming floriculture farms in developing countries there are widespread reports of low pay, long hours, poor working conditions and other systemic abuses of workers rights.

The intensity and duration of the workers’ hours is compounded by periods of high-demand.

“Overtime is generally compulsory and is particularly common at certain times of the year, such as in the run-up to Christmas, Valentine’s Day and Mother’s Day, when packhouse workers are under great pressure to pack flowers before the nightly flight to Europe departs” [5].

A report into the Gender, Rights & Participation in the Kenya Cut Flower Industry states:

“Women, in particular, face difficult working conditions due to their predominance in the most labour intensive aspects of production, where long working hours and insecure employment are common” [4].

With the majority of the workforce being female, workplace violence and sexual harassment are rife.

So much so, Fairtrade has set up a gender committee on each of its flower farms in Kenya, to help encourage women to report incidences of sexual assault. However, this only impacts 30% of workers, so the vast majority of flower farms aren’t held as accountable.

“Because flowers are a natural product, people assume the ways in which they’re grown are natural, when in reality, this is far from the truth.”

Another major area of concern for the welfare of workers in the floriculture industry is the use of chemical fertilisers.

Wilson adds: “Not only that, but chemicals help satisfy the standards of the customer, which requires a flower to be a certain length, or size, or to have uniformity and to last a certain amount of time.”

The toxic chemicals used in production pose a health risk to the planters, pickers and chemical sprayers.

Despite some use of personal protective equipment, floriculture workers are exposed to the toxins in fertilisers, insecticides and preservatives used to extend the life of blooms [6].

Floriculture farm workers’ exposure to these chemicals is associated with causing numerous health issues, including skin irritations and respiratory problems.

And it doesn’t stop at field-level.

A study that examined the risk of florists’ exposure to residual pesticides, sampled 90 bouquets of roses, gerberas, and chrysanthemums from Belgium [7]. They found the cut flowers were heavily contaminated by toxic pesticide residues that are capable of causing health issues for florists handling a large number of flowers.

Out of the flowers tested, roses were the most heavily contaminated by pesticide residues.

It goes without saying the chemicals have a detrimental impact on the environment, with run-off meaning that neighbouring local communities often pay the price, too.

The environment is also being damaged because flowers are, as we know, thirsty plants. Due to the scale at which they are being produced, they require large sums of water.

In some flower-growing regions, local water resources are being grossly abused. Reports have attributed the depletion of Lake Naivasha, which is at the epicentre of the Kenyan horticulture industry, to the water use in nearby greenhouses [8].

On top of chemical pollutants and abuses of water, imported flowers rack up a high carbon footprint because of transportation.

“Where vegetables and dry store ingredients are much easier to ship, flowers not only need to come by a series of lorries, planes and boats, but they also need to come in a “cold-chain” of refrigerated vehicles as well,” says Cox.

Stems may be transported up to 6,000 miles in refrigerated airplane holds.

Cut flowers also have to be transported quickly in order to stay fresh. According to Circle of Blue, Roses can go from a Kenyan farm to London florists in as little as 48 hours [9]. So, the rapid pace at which the trade operates, taking a bloom from field to vase in three to five days, only amplifies the industry’s carbon footprint [6].

According to a report on the carbon footprint of flowers, an imported mixed bouquet produces 10x greater carbon emissions than a British-grown mixed bouquet [9].

“No single buyer can reverse the impacts of the flower industry, but consumers can communicate to producers and suppliers that there’s greater demand for ethically produced, sustainable flowers.”

Ros Davidson. Report: The Environmental Impact of Cut Flowers? Not so Rosy.

But, there is good news.

“It is 100% possible to buy sustainable flowers for relatives or loved ones throughout the year, especially during the cutting season. There’s an amazing network of small-scale growers,” says florist Jess Geissendorfer, the third co-founder in the SSAW Collective trio.

You just can’t typically pick them up last-minute, as a convenient after-thought.

To find truly sustainably-grown flowers, the most important thing we can do as consumers is to start asking farms, florists and supermarkets questions about their production.

Ultimately the production for sustainably-certified flowers remains low because consumers don’t realise they should be demanding them.

“If people start asking questions more, hopefully working conditions will change and the industry will improve. If people don’t ask questions and continue to accept things, then there will be no change. We will continue to benefit from other people bearing the environmental and ethical impact of our consumer choices. I just don’t find that acceptable.”

So what, exactly, do we need to be asking?

The first thing we need to question is, “where have these flowers come from?”

Ask your florists or flower farms if their flowers are grown in the UK, or make sure to check the labels in supermarkets to see if they specify.

One of the main issues with consumer demand is how our desire for unseasonal flowers propels the carbon-and-chemical-heavy global trade [2].

“People are at the mercy of and retailers because when they sell you a ‘seasonal bunch’, we assume that the flowers are in fact seasonal. I totally understand that people wouldn’t initially think to question that.

“The difficulty is, where we have imported flowers, the seasons get quite blurred – a bouquet might be seasonal to where it was imported from, but not in the UK.”

If you’re unsure what flowers are in season, have a look at what’s naturally growing around you in your garden or a park.

The question you probably want to ask is, should we boycott supermarket flowers altogether?

Not necessarily, but we should proceed with caution.

Taking our business from flower exporters raises concerns for the job opportunities this international trade creates, particularly for the workers in developing countries.

Yet, we also cannot continue to support and perpetuate the labour abuses occurring in the industry. Often cheap prices of supermarket bunches can help maintain workers’ low-pay.

“I would say they also perpetuate the same idea of low-value flowers grown on a mass scale. So in that sense, I would recommend trying to find local flower farms or farmers markets,” says Wilson.

“The interesting thing about supermarkets is that they often have contracts with UK flower farms that grow flowers on an industrial scale. There is actually very good labeling in supermarkets, so if you’re buying from a supermarket, that is great to look out for.

Be aware, flowers from a florist aren’t always more sustainable.

Wilson advises:  “When buying from florists, it comes down to the matter of asking where the flowers on their stands come from. The difficulty is that due to poor labelling florists, unfortunately, don’t always know. But, by at least asking the question, it might prompt them to try and find out where their flowers come from. There are also wholesalers who grow and source flowers from the UK as well.”

Holding flowers to a perfect standard denies their nature.

Flowers don’t always look the way we see them in pictures online, unless they are grown in industrial scale greenhouses with the help of toxic chemicals.

It’s our perception of perfect that needs to change, not the flowers:

“Flowers grown locally on a small-scale are not perfect, they don’t stand up perfectly straight. But that gives them so much more character, which I think makes them far more beautiful.”

Understandably so, we all want our birthday or Valentine’s bouquets to withstand the test of time.

But, flowers just don’t last two weeks in a vase. The natural processes of decomposition should be happening. If they’re not, they have likely been grown with a lot of chemicals.

We have to embrace the circle of life, people!

To extend the life of your flowers, make sure you properly care for them. Positioning them where they’ll get enough sunlight and make sure they always have enough water. Also, it’s good to keep refreshing your vase. See whether there is a stem you could remove to make the bunch look healthier.

6. SEASONAL FLOWERS: IF FLOWERS AREN’T IN SEASON, GIVE ANOTHER GIFT

Yes, flowers can be a lovely gift. But, only when they are produced without a trail of harm to workers and the environment.

If you’re finding it difficult to source sustainable flowers, Geissendorfer reminds us that it’s important not to be pressured by social convention to buy flowers.

“Giving things in the right moments is really important, rather than forcing it or doing it for the sake of it. Gift people what you currently have available. It could be a loaf of bread you have just baked, or something from a shop that is local to you but not your hosts.”

As part of their ‘Why buy roses in February’ campaign, the SSAW Collective is selling individual bunches of hand tied cyclamen, for Valentine’s Day. You can also sign-up to their sustainable flower delivery seasonal monthly subscription.

[2] How green is your bouquet? The new eco-friendly mindset in floral
design, p.3

[3] MADE ON EARTH, The 4,000 mile flower delivery by Jez Fredenburgh

[6] The environmental impact of cut flowers? Not so rosy

[8] Blooming Controversy: What Is Killing the Wildlife in Kenya’s Lake Naivasha?

[9] The carbon footprint of flowers