The UK’s big eco energy scandal: how green is your energy supplier?

Are you on a renewable energy tariff?

Heating our homes accounts for about a third of the greenhouse emissions produced on UK soil.

So, one of the most impactful things we can do when it comes to playing our part in the climate crisis is switching to a renewable energy supplier.

This is because some suppliers are making huge profits by selling energy generated by fossil fuels and buying renewable energy certificates for around 60p – £1.50 per household, per year (and charging us a lot more than that).

This is scandalous, not only because millions of people are being purposefully misled into thinking they are doing the right thing.

£1.50 per inevitably provides a very small revenue stream to generators: for an average 5-megawatt solar site, this is just about enough to pay to cut the hedges around the site each year.
Good Energy, 2020

But, also because this is actively slowing the transition to renewables because the money from people who think they are paying for renewable generation is, in reality, inadvertently funding more investment into fossil fuels.

Here’s how it works…

How green is my energy supplier? The eco energy tariff scandal

There are now more than a hundred renewable electricity tariffs on sale, according to a Which? report.

The companies who are profiting from people’s good intentions are the energy suppliers who have, essentially, found a loophole in the system.

These are companies whose renewable power is, on paper, supposedly provided by certificates called REGOs or European Guarantees of Origin.

Energy companies can buy these certificates from as little as £0.60 per household per year so they can make it look as if the power they generate through buying any energy on the wholesale market is cleaner than it is. Bought wholesale, energy will be a mix of fossil-fuels, nuclear and renewable sources.

Companies who buy wholesale in this way have no control over what percentage of each goes into the mix.

Yep, you read that right.

In reality, they actually supply power through coal/gas/oil/nuclear.

They just also buy a certificate that allows them to create a paper trail so they claim to be 100% renewable.

Plus, it’s not like you can ‘fool’ the impacts of global warming. Yes, you can distort numbers and create clever marketing campaigns to get people to buy your product. But, if we don’t actually reduce our use of fossil fuels and increase renewables the worst of the climate crisis predictions will become a reality.

How our homes are powered

How is this possible, you ask? Well, it begins with where our electricity and gas in the home comes from – the national network aka the ‘grid’.

So, unless you’ve installed your own solar panels or heat pumps, nobody can guarantee that the electricity or gas coming into their home is renewable.

But, thanks to years of investment, renewable energy now makes up 38% of the electricity mix.

To be clear, whether you are on a renewable energy tariff or a fossil-fuelled one, the energy you’re receiving is from the same mix, so to speak.

So, for example in 1999 there was only 2% of electricity powered by renewable energy in the UK. Thanks to positive investment, there’s now almost 38%.

In fact, renewables generated more electricity than fossil fuels for the first time in history in the summer of 2019. Carbon Brief called it “another symbolic milestone in the stunning transformation of the UK’s electricity system over the past decade”.

We need this to keep rising (and for investments in fossil fuels to keep falling).

The global picture on fossil fuels

Since the 2015 Paris Agreement, when 195 countries and the European Union signed on to keep global warming to well below 2°C and ideally 1.5°C, 35 of the world’s major private banks provided a total of $2.7 trillion in lending and underwriting to the fossil fuel industry.

How green is my energy supplier: why are companies allowed to label their tariffs 100% renewable when they’re not?

One answer is companies from all industries get away with greenwashing. It’s the reason Live Frankly exists – to separate the genuinely good from those professing to be.

But, slowly, the tide is turning and the energy regulator OFGEM and the Competition and Markets Authority are potentially going to do something about greenwashing in energy, and across all industries, soon.

In 2019 OFGEM said: “We do not believe that a 100% REGO-backed tariff in itself offers substantial environmental benefits.”

So, patience little one. Rome wasn’t built in a day. (*Rolls eyes*)

How do green energy suppliers work? What to look for in a renewable energy tariff

No tariff should be allowed to be marketed as 100% renewable unless the supplier is buying that power from a renewable generator. But, currently, it is. So we have to do our own research.

Tariffs with genuinely green credentials support the growth of renewable generation in the UK.

I mean, we’ve partnered with Good Energy for a reason. So, you can start there if you have confidence in our judgement.

But, we always advocate doing your own research and we recommend Ethical Consumer and Which? as good places to start your search, too.

As a rule, you want to look for energy suppliers that work in one of two ways (or both):

How green is my energy supplier?

“More than half of the 355 tariffs on sale in June 2019 claimed renewable electricity credentials. Three years ago it was just 9%…

Only around 15 say they buy some or all of the electricity they sell directly from generators, using contracts called Power Purchase Agreements (PPAs). Which?

1. The energy supplier buys as much power as possible directly from renewable energy power sources (not certificates)

These may be called ‘Partnership Tariffs’ or ‘PPAs’ (Purchase Power Agreements).

This is when the energy supplier buys power directly from renewable generators at a fair price – helping to create a market for green power, and giving a route to market to smaller generators that might otherwise have no place to sell their power.

These are important because they ‘provide a source of income to renewable generators that lets them be financially viable’, says energy regulator Ofgem.

Beware: some companies only have power agreements to cover a small percentage of their customers and will use certificates for the rest. So the important question here is how much energy is provided by Partnership Tariffs or PPAs.

These may be called ‘Investment Tariffs’.

This is when the energy supplier uses the funds from customer bills to directly invest in new renewable generation sites.

Note, renewable energy should ideally come from the UK first. This is because the short distance electricity/gas has to travel, the lower carbon it is.

Why Live Frankly is sponsored by Good Energy 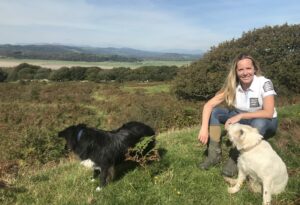 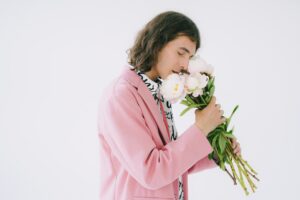 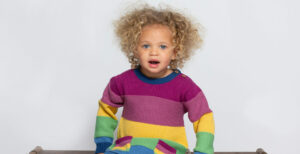 14 Eco-friendly gifts for children, starting from less than £10 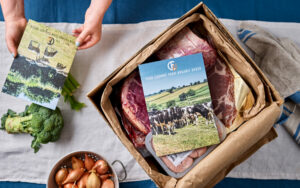 35 Eco-friendly gifts for her, starting from less than £10 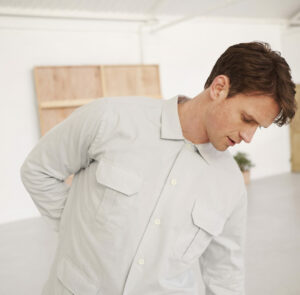 How to create a sustainable shirt: in 8 steps 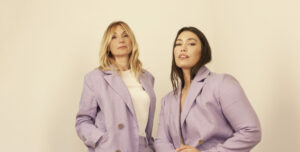 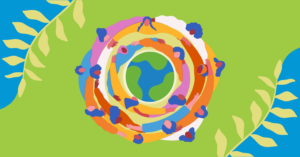 What is International Women’s Day and why do we celebrate it? 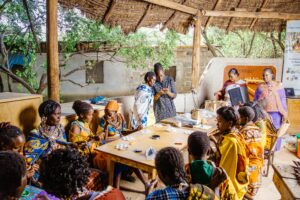