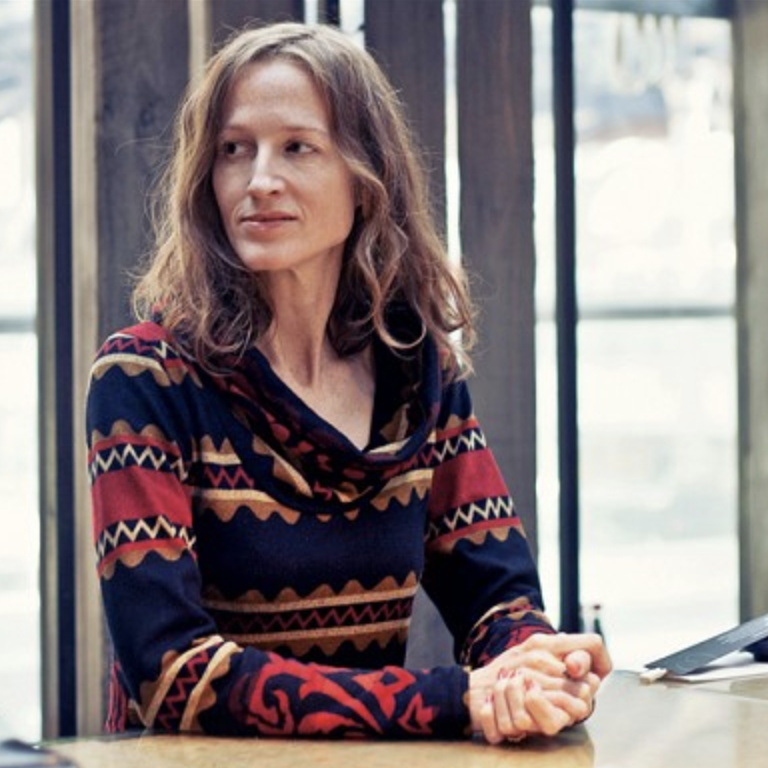 Farmed fish are often marketed as being the sustainable choice, but nothing could be further from the truth for many carnivorous species, such as salmon. Caroline Bennett, founder of Sole of Discretion, explains more:

“Salmon are voracious carnivores, their natural diet is made up of eating smaller fish – in fact, it’s shrimp that gives them their incredible colour.

So, salmon bred on farms from Scotland to Northern Ireland are fed wild fish, known as fishmeal. And a lot of it. For every 1kg of farmed salmon produced, they are fed up to 3kg of wild fish (and other foods, but more of that later).

Of the annual 50 million tonnes of fish landed globally per year by industrial fleets, more than half – 26 million tonnes – are turned into fishmeal and oil

This is a huge concern as wild fish stocks dwindle. So salmon farmers are trying to find alternatives in their feed including algae, insects, and increasingly, vegetable oil. But, like any form of farming, feeding an animal something that doesn’t appear in its natural diet has its risks. Think BSE.

It raises questions about the health benefits of eating salmon for humans. It also impacts taste.

But let’s backtrack for a moment. Where is all this fish coming from, you asked? Or maybe you didn’t. But now that you think about it, it’s a good question.

Much of the wild fish caught to feed salmon and other farmed fish are caught by developed country’s industrial fleets in the developing world’s seas.

There are plenty of examples of European boats buying the fishing rights to fish off the fertile North African coast, leaving the locals in Mauritania, Senegal and Morocco no longer able to fish in their own waters.

We are fundamentally taking fish from the developing world to feed salmon. On what level can that be classed as ethical or sustainable?

This could very feasibly be a contributing factor to some of the economic migration from these countries. When young people are unable to earn a living in their own fishing communities they are forced to look further afield for work and potentially risk their lives for the chance of a better future in the West.

Sustainable salmon: you are what you eat

You are what you eat, but regulations make it extremely difficult to know exactly what that is. Farmed fish are vulnerable to disease, so chemicals are used to prevent the growth of lice (a huge problem). There are different rules for different farms and regions; antibiotics are used to treat illness in land based farms but not Scottish sea pens, any longer – though they are still used in the hatcheries. Growth hormones are also used in some parts of the world to make salmon grow fatter quicker. All which we ingest when we eat them. Yum.

Then there’s the not-so-small issue of pollution. The feed, fish faeces and chemicals all impact the surrounding marine environment. Did you know that salmon farms are essentially net cages in the sea?

This means the wider ocean is also being polluted. And, when farmed salmon escape they breed with wild salmon. But the farmed salmon have been biologically changed by being enclosed, eating poor-quality diets (the fish they’re being fed ain’t as fresh as they should be!) and being fed growth hormones/antibiotics etc. This has a detrimental impact on the biology of the wild salmon, even impairing their future ability to breed.

Of course, wild fish are also suffering from the effects of pollution in the sea and can carry high levels of mercury or PCBs (man-made chlorinated industrial chemicals) in their flesh. Some of which are being fed straight back to the farmed salmon, doubling up on impacts…

Is any farmed salmon sustainable?

That said, not all salmon farms are the same – some are much better than others. Choosing which farm you purchase your salmon from is an important choice for both your own health as well as the health of the seas.

These are the two farmed salmon producers that we at Sole of Discretion choose to work with. We’ll give you the full information so you can make up your own minds:

Based in Northern Ireland, Glenarm Organic salmon are nourished on a diet containing only natural and organic ingredients. These are free from GMOs and manufactured in a small feed mill around 15 miles from the farms.

The organic feed is made from recycled fish protein (except salmon, of course) from human food processing and organic vegetable matter. Importantly, the overall fish oil content in the fish feed does not exceed 28%. In conventional feed the oil content may be as high as 45%, as it is ‘high energy’ and used to accelerate the growth rate of fish, which diminishes quality.

Loch Duart is conventionally farmed salmon, but it is farmed  “as close to nature as possible”. This means they never use growth promoters and have never used antibiotics at sea. Loch Duart have a lower stocking density of 15kg/cubic metre, as compared with the organic standard of 10kg/cubic metre, but lower than conventional farms of 20kg. They used to use the natural environment to clean the nets, rather than chemical antifoulants but now have invested in expensive noisy net cleaning machines, a big step backwards so far as I can see…

The salmon feed mostly on wild capelin, which is essentially a byproduct of the roe industry. The capelin comes from a quota controlled fishery in Iceland – female capelins are harvested for their roe, and the flesh and carcass that go into Loch Duart’s fishmeal are a waste product.

Putting aside any reservations you may have with the ethics of harvesting eggs (and we have some!) this provides better food for the salmon as it delivers a more natural diet. The results are Loch Duart salmon have some of the industry’s highest levels of omega-3 (good for reducing inflammation, and often we don’t have enough in our diets) and low levels of omega-6 (also some great benefits, but not when we have too much of it, which a lot of us do due to our modern-day, highly-processed diets).

Sole of Discretion generally encourages people to move away from farmed fish and eat wild fish, from both a public health point of view and with regards to damage to the marine environment. And when it comes to salmon, Alaskan Wild Salmon is up there with the best of them.

Our ethos at Sole is to put the fisher at the heart of all decisions, so we can continue the dialogue on protection of the seas.  To ensure we are doing the right thing in prioritising  wild over farmed salmon, we went to Alaska on a once in a lifetime trip, to meet the fishers and learn more about how and why the wild salmon usually thrives so well in this wild hinterland.

Alaskan salmon is one of the world’s best managed fisheries, where sustainability is carefully monitored and fishing is heavily restricted; we were frequently told that the future of wild salmon and the environment are more important than the immediate opportunities for harvest.

As a wild resource, there is variability in the number of salmon that return to the freshwater to spawn annually.

When cooking wild salmon, be careful not to overcook it as it’s easy to do if you are used to cooking fatty farmed salmon – best to leave it a little pink in the centre.

For our Sole customers, our aim is to offer an alternative to farmed salmon by selling wild at a comparable price. In our opinion, it’s a much superior-tasting fish.

They vary in their breeding and foraging patterns, which affects the texture and tastes differently. But as a rule, when compared to farmed salmon, the colour is a deeper, rich orangey-pink, with denser, firmer flesh. It is also less oily, because the salmon are constantly swimming and migrating long distances.

We buy Sockeye and undervalued Keta:

Our Keta comes from two different fisheries. One from indigenous fishers near the Kotzebue Sound to the north of the Bering sea; the other from South East Alaska, Crawfish Bay.

Keta hatch and live in fresh water for three-four months before swimming out to sea. After three to four years they return to the river they were born to spawn and die.

Both are caught by gill net.

Our sockeye is caught by Tony and his family at Popsie fish in Bristol Bay, Alaska. He fishes at the shore edge on dinghies using gill nets. Sockeye salmon spend one to three years in lakes and streams and a further one to three years in the sea. They return to their place of birth to reproduce and die. They feed on plankton and small crustaceans, which accounts for the bright orange colour of the sockeye’s flesh.

Of course, we ship the Alaskan salmon, and never air freight it. But, when it comes to sustainability data is key. So, we’re working with a Master student at Exeter university on a Life Cycle Analysis comparing Loch Duart and Tony’s sockeye salmon from Alaska. We look forward to sharing the results when they are ready.”

– Caroline Bennett, founder of Sole of Discretion. This piece is part of our ongoing series speaking to the people at the forefront of sustainability, pioneering a new approach to business.