How to reduce your food carbon footprint – without going vegan 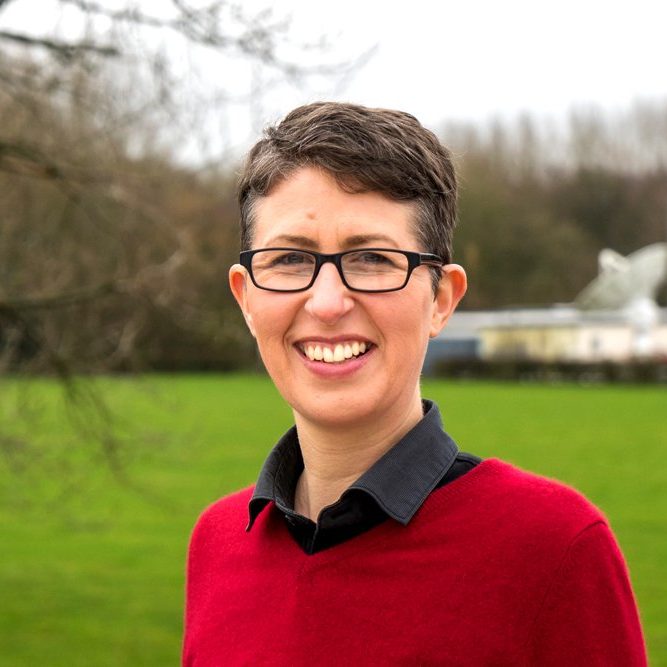 Are you wondering how to reduce your food carbon footprint without going vegan? Are environmental issues motivating you to change your diet, but you’re not sure on the best choices to make?

To get you started on the right path, Sarah Bridle gives you the headlines on what you need to know.

Bridle is a Professor in the School of Physics and Astronomy at the University of Manchester. But, already having her head in the stars, she is now reaching for the moon – and applying her cosmology experience to tackle the huge problem of greenhouse gas emissions in agriculture and food research. Here’s her take on the bigger picture…

“Most information about eating in a climate-friendly way compares broad dietary categories such as meat-eating, vegetarian and vegan diets. While studies have found that the latter diets are better for the climate on average, there is no need to be absolutist, and the details reveal a more complicated picture.

How to reduce your food carbon footprint without going vegan: how much is too much?

The easiest way for most of us to reduce our food carbon footprint is to start by considering the amount of animal product we add to our meals.

For example, halving the amount of beef in a spaghetti bolognese will nearly halve the climate impact of dinner. Simple, right?

This doesn’t mean having to have a meagre meal. Research shows it’s better to focus on adding lots of additional climate-friendly foods. For example, adding more veggies or pulses to your bolognese will naturally mean you eat less meat per portion – and you’ll probably even be able to freeze some portions for another day.

Similarly, a large latte may contain almost a pint of milk and this can have more climate impact than some whole meals!

Steak is a hugely popular restaurant item, but an 8oz steak and chips causes over 20 times the climate impact of an (admittedly, less sexy) microwaved potato and beans.

You can still enjoy steak, but again nearly halve your climate impact by sharing it between two people and having extra veggies on the side.

How to reduce your food carbon footprint without going vegan: make simple swaps

Not all animal products have the same climate impact. By switching from one type of meat to another you can also make a big difference to your food carbon footprint.

Beef and lamb cause over twice the climate impact of ham, per gram of protein.

Many people are surprised to learn that a portion of cheese causes more climate change than chicken for typical European farming systems, which means that going vegetarian could be worse for the planet – if your main meat intake is in the form of chicken.

Ham, cheese and milk cause about twice the climate impact of chicken, eggs and fish (per gram of protein).

For chicken the key issue for the climate is animal feed, and particularly whether it includes soy grown in recently deforested regions (like the Amazon) – a huge climate change issue.

When this feed comes from soy, this drives deforestation, to create more land to be used for agriculture.

How to reduce your food carbon footprint without going vegan: shipping vs air-freight

Food miles have become a major consideration for many ethical consumers, and there are many good reasons to eat local.

When it comes to climate change and buying food produced abroad, the real question to ask is: How was the food transported?

As discussed in the eye-opening book “How Bad are Bananas?: The Carbon Footprint of Everything” by Mike Berners-Lee, transportation by boat isn’t that bad for the climate. In fact, shipping an apple all the way from New Zealand causes less climate change than driving a fossil-fuelled car for 10 seconds.

However, when it comes to air-transport the situation is quite different.

Flying in food causes 100 times the climate change of bringing the same food by boat.

At Live Frankly, a huge consideration is farming in tune with nature and animal welfare.

Most sheep and 100% grass-fed cows get to live outside most of the year, grazing fields, fertilising land with their manure, and helping to sequester carbon. When farmed in this way, they’re not quite the carbon villains they are made out to be.

Unless you’re buying genuinely free-range chicken or pork, it’s likely the animals have been reared indoors, in far-from ideal conditions. While the numbers suggest this makes for a lower carbon footprint, animal welfare advocates (like us) would argue the welfare cost of this is too high.

When it comes to swapping meat, it is not just a case of choosing what type of meat you want to eat more carefully, but also where it is from. The quantity argument also stands up here – eat less and eat better.

For example, a portion of strawberries air-freighted from a neighbouring continent causes nearly as much climate impact as a portion of chicken.

“I pictured my kids in 20 years’ time saying ‘what did you do about climate change?’ and me saying I looked at the stars – I couldn’t live with that.”

Sarah Bridle on why she started investigating greenhouse gases in food

How to reduce your food carbon footprint without going vegan: conclusion

Unfortunately, there’s not enough transparency in food. It isn’t easy to tell which fruit or vegetables have come by air. Or to recognise the excellent work already being done by some food producers to reduce their climate impacts.

Discussions too quickly become characterised as vegans versus farmers, whereas more information could help us all to have a more productive conversation.

To have a more rational conversation, we need to support this progress and to encourage more food producers to do the same. Ultimately though, governments will need to mandate emissions labels, if they are to appear on the products that cause the most climate damage. And governments are only going to prioritise this if we, the voters, demand it.

If you’re already taking several steps to make your diet more climate-friendly, then you might be reaching the point of diminishing returns. In this case, you might be better off putting your energy into demanding more transparency on the climate impacts of different foods, and convincing other people to implement some of the tips above!

As the saying goes, we don’t need one person to be eating perfectly. We need millions to be imperfectly eating more sustainably.”

Food and Climate Change Without the Hot Air by Sarah Bridle is published by UIT Cambridge and available from all good bookshops, priced at £19.99 in paperback and free as an ebook.